This walking tour will take us to places that both inspired Charles Dickens the writer but also those real locations that shaped Dickens the man.  All writers take inspiration from the people they meet and places they visit, and Charles Dickens was no different.  His novels are so successful because he so enjoyed wandering the streets of London and picking up the rich details of everyday life.

This Charles Dickens tour will start off south of the Thames in one of the lesser visited areas of Central London where we will visit the only surviving remnant of Marshalsea Prison, which had such an impact on young Charles and his family.

Nearby we will visit Little Dorrit Church and see the only remaining galleried inn in all of London which Dickens himself would visit and the building next door where Sam Weller met with Mr. Pickwick in the famous scene from The Pickwick Papers.

Northwards we will go as we meander through the ancient Borough Market with its Victorian structure that both Dickens and his characters were so familiar with before reaching the river and the steps where Nancy met Mr. Brownlow in Oliver Twist which quickly led to her horrific death.

Crossing over the famous old river we will visit Ye Olde Cheshire Cheese, which featured both in Dickens work but was also a favourite drinking establishment of the writer, and then we begin to enter one of the great legal areas of London where Magwitch visits Pip at his chambers in Great Expectations.

Just along the road is where Charles Dickens worked in the Blacking Factory but in the literary world, David Copperfield and Martin Chuzzlewit found themselves before we find ourselves at the famous Old Curiosity Shop, perhaps the oldest shop in central London. 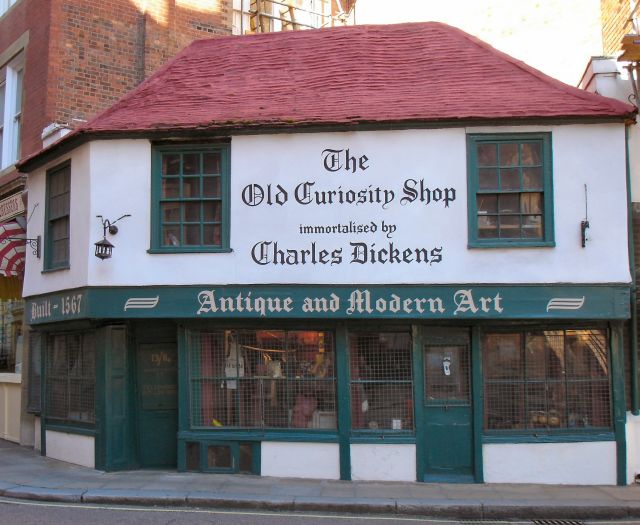 Lincolns Inn Fields was close to Dickens home and as such features prominently in his literature.  The Old Hall appears in the opening scene of Bleak House where close by we will see the home of Charles Dickens friend and biographer, John Forster, whose property became the residence of Mr. Tulkinghorn in Bleak House.

More Bleak House locations come thick and fast as we pass The Royal College of Surgeons and the likely location of Krooks horrid shop before he went up in flames.

As we reach the end of our tour, we walk the streets of Bloomsbury that were long the literary capital of the world and whose residents have included Orson Welles, Virginia Woolf, E.M. Forster, Sir Arthur Conan Doyle and JM Barrie, who created Peter Pan.

The tour concludes at the Dickens House Museum where you will be free to visit in your own time or perhaps have a lunch in one of the many fine old pubs and restaurants in this district of Bloomsbury that Charles Dickens knew so well.

The tour terminates at the Dickens House Museum where you can see the very desk that Charles Dickens wrote.

50% OFF MARKED PRICES FOR TOURS BOOKED TO RUN BEFORE HALLOWEEN

Alternatively you can book by using the automated booking process with Viator below.